Should You See an OBGYN for a Heavy Menstrual Flow?

First Pregnancy? 4 Issues To Talk To Your Obstetrician About

If you're pregnant with your first child, everything might be new to you. Because of that, you might not know what to discuss with your obstetrician. There are some pregnancy-related issues that might seem commonplace. Most women will experience fatigue during their pregnancies. But, there are times when fatigue can be a sign of something serious during pregnancy. For instance, fatigue during pregnancy can be a sign of anemia. That's why it's important that you discuss any type of change with your obstetrician. If you're not sure what issues you need to discuss, read the list provided below.

Here are four changes you should talk to your obstetrician about.

If you're pregnant, you should begin feeling fetal movement sometime between the 16th and 24th weeks of pregnancy. The first movements might feel more like flutters. As your baby gets bigger, the movements will be more noticeable. As you get closer to delivery though, you might notice that the baby doesn't move as often. In most cases, that's because there isn't much room left for movement. But, if you notice a change in movement, try changing positions. If you still aren't feeling a lot of movement, call your obstetrician. 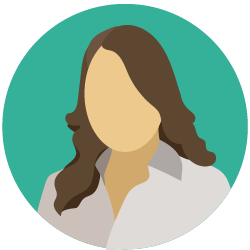 Although menstrual cycles are naturally occurring in women, these cycles can vary tremendously from one person to the next in terms of longevity, heaviness, accompanying symptoms and more. Thus, while some women may experience a heavy flow ritually, for others this may be an abnormal occurrence that elicits concern. So how do you know if you should visit an OBYGN for testing? Generally speaking, if you notice that your period is suddenly heavier than normal, it is available to see an OBGYN, as it could be symptomatic of various issues. Some of the conditions that your OBGYN will check for include fibroids, endometriosis, polyps, hormonal imbalances and so on. The posts in this blog explore the different reasons why your menstrual flow would suddenly change so check out the articles here to learn more on when it would be advisable to visit an OBYGN as soon as possible.